How do dyslexic students learn a foreign language?

For students identified with dyslexia, learning a foreign language is a whole new world, which opens up many opportunities for them: It may provide additional motivation to excel, but it could recreate difficulties.

Imagine this scene: Your student has been identified as dyslexic. They have been receiving services, accommodations, and/or modifications all through elementary school. They have successfully completed elementary and are ready to move into secondary – all of which comes with a new set of concerns: new people to get to know, lockers, multiple classrooms, schedule changes and now – your dyslexic student has to take a foreign language. This might cause you to think, “How in the world will they succeed? They are dyslexic in their primary language, so how are they expected to learn a foreign language?”

What difficulties may arise during a foreign language course and what are the additional considerations that could be made for the secondary student identified with dyslexia and their foreign language credits?

Starting in middle school, a foreign language may be offered but is not typically mandatory until high school. Whereas some students may appreciate this cultural opportunity and it may provide additional motivation to excel, for many students identified with dyslexia, it could recreate difficulties that may feel like the first time they were identified with dyslexia.

According to the International Dyslexia Association (IDA), “Students who have significant difficulties in one or more of the four language systems in their mother tongue (i.e., reading, writing, listening, and speaking) may experience problems with foreign language learning in school.” Depending on the foreign language, they may have difficulty hearing the differences in the sounds while others may have difficulty sounding out the words.

If your student identified with dyslexia is struggling in a foreign language requirement, these are possible difficulties you may see them experience:

Knowing what your student could experience, and knowing that the foreign language requirement may be inevitable, what can be done to support them?

Well, the short answer is plenty! Whether the student has a 504 or IEP, accommodations and modifications can help support the student and align with their specific learning needs. Not all foreign languages are equally difficult. Some languages like French, Danish, and English can be hard for students with dyslexia, while others like Spanish, Latin, German, and Italian may be easier. What makes them more difficult is the “opaqueness” of the language, or how easy it is to break words up into their component sounds and how well those sounds match up to letters and letter combinations. Spanish has a one-to-one relationship, meaning there is one symbol to one sound, which is easier to learn. However English may have only 26 letters in the alphabet, but there are 44 speech sounds.

For example, Spanish has a one-to-one relationship, meaning there is one symbol to one sound, which is easier to learn. However English may have only 26 letters in the alphabet, but there are 44 speech sounds, depending on ASAP – Accented syllable, number of Syllables, Adjacent letters, and the Position of the letters. It is well known that there are many rules to consider in the English language when it comes to reading and spelling and it is one of the most difficult languages to learn.

Additionally, many secondary settings are now considering ASL (American Sign Language) as a part of a foreign language choice. Why is this a consideration? One of the educational benefits is that ASL gives students a fresh perspective on their own language and culture. Some high schools and colleges recognize ASL as a distinct language with its own syntax. Since there’s very little written spelling to master, it tends to be easier for some students with dyslexia to learn. Another benefit is that ASL is multisensory, as it is VAKT – visual, auditory, kinesthetic, and tactile, with two or more of the pathways used simultaneously.

Chartering new waters at the secondary level can be intimidating. Throwing a foreign language requirement on top could create additional difficulty for the student identified with dyslexia. Using accommodations and modifications can help streamline some of the support needed with a foreign language requirement. Considering an opaque language such as Spanish or Italian can help to mitigate some difficulties in learning a foreign language. If ASL is offered, it could be a good option for consideration. Using multisensory techniques can aid in breaking down instructional components into manageable components.

Secondary is a whole new world, which will open up many opportunities for our students identified with dyslexia. Don’t let a foreign language requirement hinder that excitement and growth your student will experience.

Aimee Rodenroth is the Subject Matter Expert on Dyslexia for Amplio. She has 30 years of experience in public education in Texas, 27 of those years were spent in some form of dyslexia education. She received her CALT (Certified Academic Language Therapist) certification in 2006 from LEAD, and later obtained her QI (Qualified Instructor) certification in 2018 from Southern Methodist University. Aimee is trained in multiple dyslexia curricula. 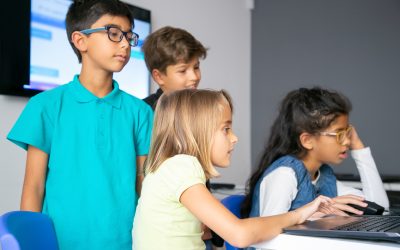 Accommodations vs. Modifications: Which Is Best For Your Student?

How do you know which one is best for your student and which one to use? The similarities and differences between these two terms.

END_OF_DOCUMENT_TOKEN_TO_BE_REPLACED 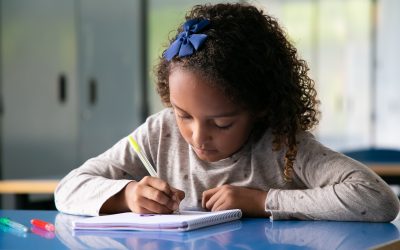 Coding is the beginning of a successful transition into translating written symbols or reading.

END_OF_DOCUMENT_TOKEN_TO_BE_REPLACED 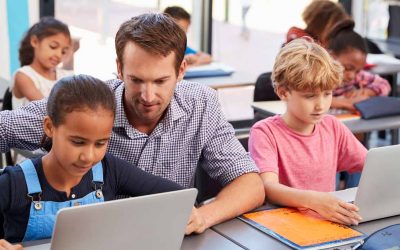 Supporting Students with Dyslexia Through Technology

Technology is a valuable tool in supporting students with dyslexia. Here are three benefits of using it.