The Power of Dyslexic Thinking Skills

Most of the time, when we hear the word “Dyslexia” many different questions and thoughts start floating around our brain that focus on everything but the positive (what challenges are dyslexic students going to experience, which accommodations do they need, what does the current legislation say, etc). One of the things that we don’t hear being mentioned is the advantages that can come with being dyslexic. We have listened to stories from famous dyslexics like Steve Jobs and Walt Disney whose successes can be attributed to the fact that they used their brains differently than non-dyslexics do and were able to develop and utilize their skills in a successful way. Dyslexic thinking made the news when it was announced that LinkedIn was adding “Dyslexic Thinking” as an official skill. It was also announced that dictionary.com was going to be adding it as an official term. You are now probably wondering what exactly is Dyslexic Thinking. By reading this, you will learn more about the power of dyslexic thinking skills and how they have made a difference in our world.

Which skills are considered to be Dyslexic Thinking skills?

Made by Dyslexia, as part of their work to redefine how dyslexia is perceived, conducted a study to identify Dyslexic Thinking skills. According to the study, these different skills can be categorized into specific skills and general skills.

Specific skills are the ones that are going to relate to the career paths that many dyslexics decide to take on.

General skills are going to relate to most types of education, activities, and careers. Thanks to this skills overlap, we are able to sit and relax while reading one of Agatha Christie’s books, we have the opportunity to visit a world where imagination comes to life, and we can instantly be connected with friends and family near and far.

How can we support Dyslexic Thinking skills?

Just as we say that no two dyslexics are the same in terms of the difficulties they encounter in reading and spelling, we can say the same thing about Dyslexic Thinking skills – all dyslexics will have a combination of specific and general skills. As you can see in the examples provided of famous dyslexics, many of those skills overlap. Thanks to this overlap, we are able to sit and relax while reading one of Agatha Christie’s books, we have the opportunity to visit a world where imagination comes to life, and we can instantly be connected with friends and family near and far. In order to continue enjoying the multiple advantages that Dyslexic Thinking Skills have in our lives, we need to make sure that we are providing an environment that nourishes their development.

We can support Dyslexic Thinking skills by:

We need to change the way we think about dyslexia to make sure we are nurturing and celebrating the advantages that come with the dyslexic brain. Made by Dyslexia found that only 3% of the public believe dyslexia to be a positive trait. From my own experience, I have benefitted both personally and professionally from one of the best creative minds, Walt Disney. From learning English as a child to working with people from around the world at Walt Disney World, Dyslexic Thinking skills changed my life and opened a lot of doors for me. I invite you to like, share, and/or crosspost this blog so we can spread the word on the power of Dyslexic Thinking Skills.

Carla Moriel is a Reading Interventionist for students with Dyslexia on Amplio. She has 15 years of experience in public education in Texas, 6 of those years were spent providing Dyslexia therapy to English and Spanish-speaking students. She received her CALT (Certified Academic Language Therapist) certification in 2018 from Southern Methodist University. Carla is trained in multiple dyslexia curricula. 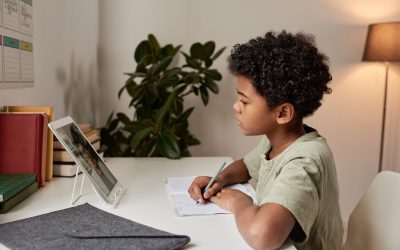 Teaching to Mastery with the Dyslexic Student

What is Mastery? How do students get to it? And how does it help interventionists to ensure the academic success of our dyslexic students?

END_OF_DOCUMENT_TOKEN_TO_BE_REPLACED 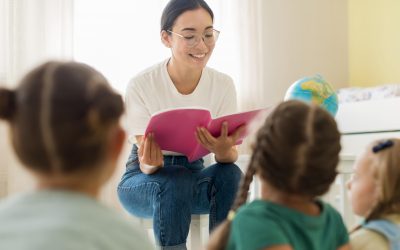 As a special education teacher, you may feel that there are few other educators in your school and district who can truly understand the challenges your job and managing your classroom. Fortunately, there are educators all over the country who share this experience.

END_OF_DOCUMENT_TOKEN_TO_BE_REPLACED 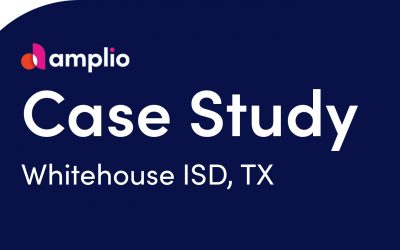 Whitehouse Independent School District (ISD) in Texas enrolls nearly 5,000 students across four elementary schools, a sixth-grade campus, a junior high, and a high school. As the district’s special education team began serving a growing number of students with dyslexia, it needed to find new ways to work smarter, not harder.